On Monday, June 21st, Councilman Lynn Jeney, Councilwoman Parejo, and I were honored to be invited to the Delran Police Department’s 2021 Award Ceremony. It was a great opportunity to show our support for the police and to see them honor one another for their outstanding accomplishments over the last year. In my continued effort to support the Delran Police Department’s inclusive, equitable and positive engagement with our community, I also presented an award for the first time.

After an already distinguished career in public service; from the Delran Emergency Squad to the Delran Fire Department, to law enforcement; Patrolman Michael Lynch contributes in a profound way to the positive impact that the Delran Police Department has on our entire Delran family.  Patrolman Lynch has spent his entire career dedicating himself to this community.

When he transferred from the Burlington County Sheriff’s Department to our police department in April of 2020, Patrolman Lynch brought an aspirational level of community outreach experience and training with him to serve our residents.

It was my honor to present him with the first-ever Mayor’s Award – “For consistently demonstrating dedication and service to the community, and for improving outreach and engagement between the Police and the people of Delran.”

I would like to invite Delran residents to join us in congratulating the following officers who received awards:

We are so #DelranProud of all of them. 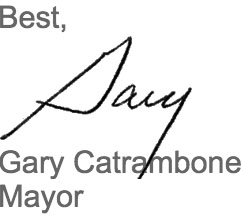